Firms may allocate resources for the goal of reducing financial disparity (Camerer and Fehr 2005, Fehr et al. 2006). If this preference dominated restoring economic institutions, MNE philanthropy would be comparatively greater in countries with high levels of poverty where economic inequality is pervasive. To test this argument, we regress an interaction of economic importance and poverty using the poverty headcount ratio at $3.20 a day (2011 PPP) (as a percentage of population) from the WDI (see Anand and Sen 2000). We find that MNEs in the sample donated in a lower magnitude to poorer countries than to higher-income countries. 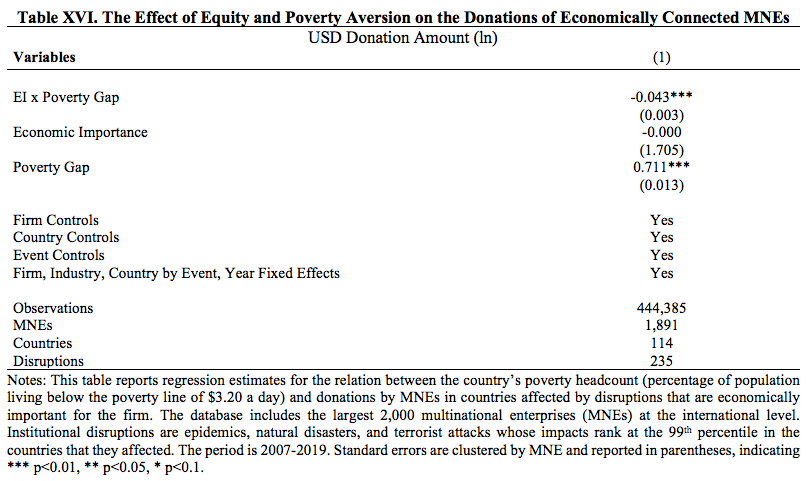