Studies have shown that media can influence humanitarian aid, but its influence is heterogeneous across events and skewed to some type of disasters (e.g., earthquakes) and countries (e.g., higher income) (Eisensee and Strömberg 2007, Franks 2013). For some institutional disruptions, economic importance may be correlated with countries that receive a sizeable magnitude of news coverage. Events such as the 2017 Hurricane Maria in Puerto Rico and the 2011 earthquake and tsunami in Japan were certain to receive firm aid due to media coverage. We thus follow Stromberg, (2007) and run analyses with only disruptions that had a probability of being in the news of 50 percent and lower. The magnitude and direction of the estimates hold. 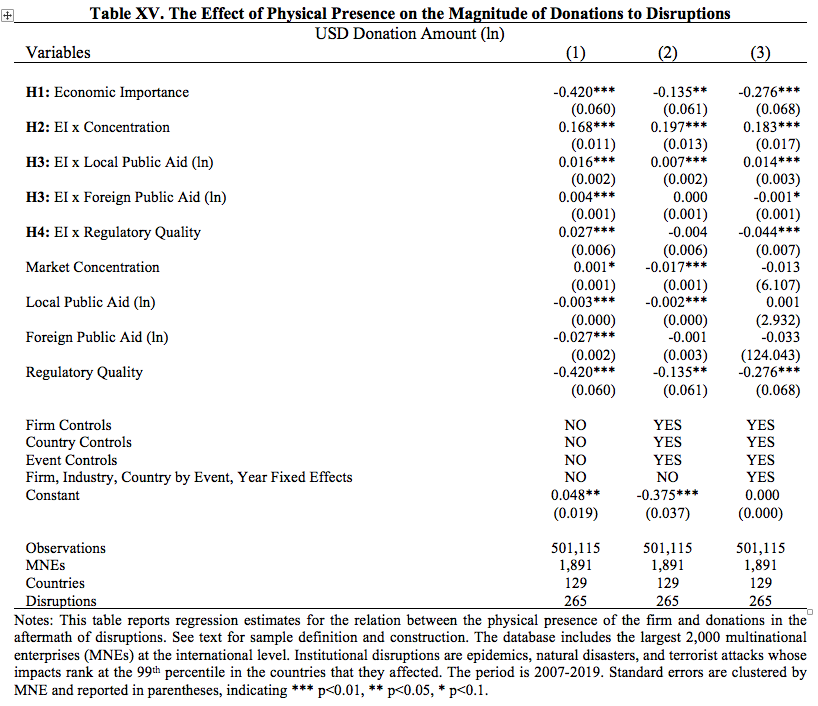