To test for the possibility that MNEs’ pursuit of reputational capital sufficiently explains variance in donations, we calculated a Janis-Fadner coefficient of imbalance (JFC)—a widely used variable of media reputation (see Lamin and Zaheer 2012, Love et al. 2017 for surveys in the organization literature). Our specific variable is the annual net pre-disaster media coverage sentiment score for each firm. We use natural language processing to quantify the tone or sentiment of media reports in Factiva mentioning each MNE in our sample in a period of one year before the start date of the disruption. The JFC shows the proportion of negative versus positive articles and is calculated as follows:

As an additional validation, we explore the predictive power of reputation on the likelihood of donating toward market factors. We substitute economic importance with our reputation variable in the previous specification. The coefficient of such variable is not statistically significant. 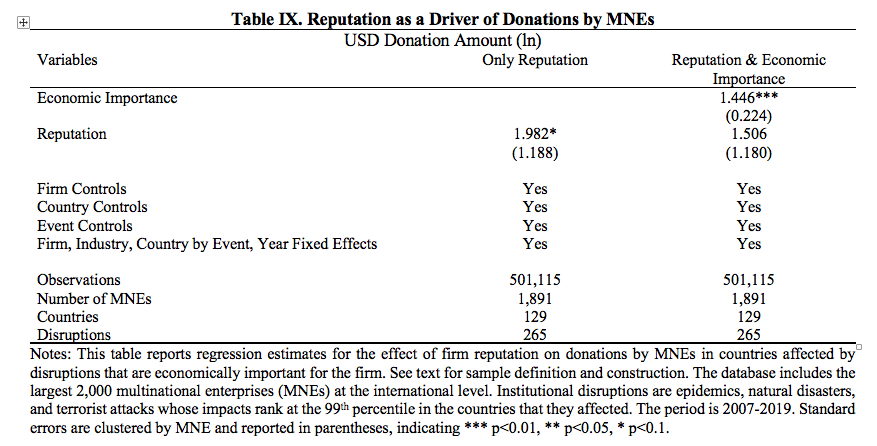 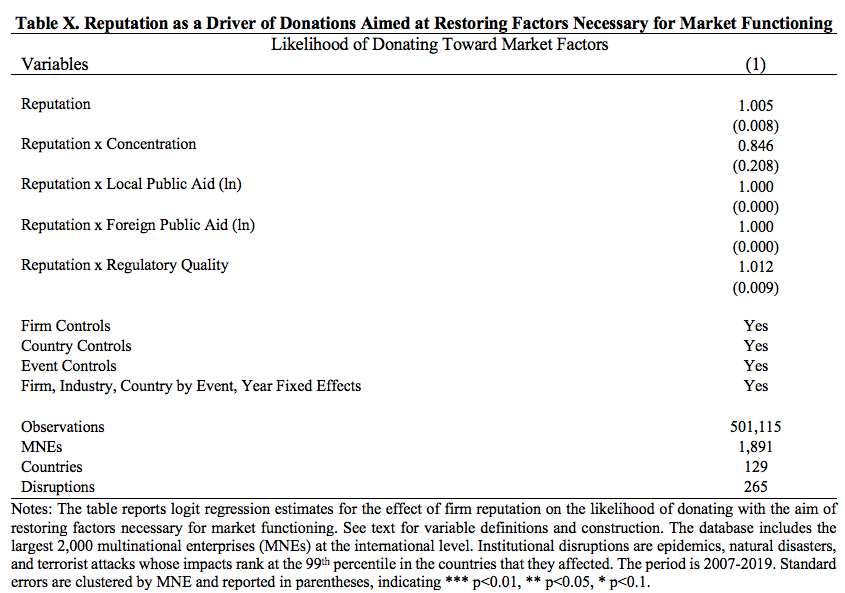